Vic Shepherd, Guitar
Vic is thirty year veteran of Joe Simon’s Jazz.  Vic started out as roadie in 1969 (the summer of love) for Buddy Miles (Jimi Hendrix drummer). He was soon playing in several roots rock/swing bands in New England. After arriving in New Orleans in 1978, just like countless others he fell under the spell of the city’s food,music and culture. He has made New Orleans his home since then. He and his wife, puppeteer Karen Konnerth, raised two children in New Orleans, and are now proud grandparents of another New Orleanian.   Vic has played just about every venue New Orleans has to offer &  has an encyclopedic repertoire of the American Songbook.  He can be seen every Saturday & Sunday at the Commander’s Palace Jazz Brunch. 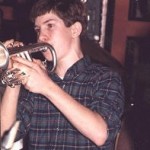 Chuck Brackman, Trumpet
Born into a Louisiana musical family, Chuck has been playing an instrument since he was old enough to hold one. In addition to trumpet, he is adept playing guitar, banjo, bass, piano and drums. At 10 years old, he began tagging along with his mother, pianist Sweet Kathleen Brackman, to her gigs and jam sessions. As a child, he sat in at French Quarter venues such as the Maison Bourbon & Preservation Hall.  Over three decades later, Chuck is still known for his hard driving classic New Orleans style “hot trumpet” sound. He can be found every Saturday and Sunday at the Commander’s Palace Jazz Brunch.

Beth Buscher, Office Manager
New Orleans native Beth Buscher can answer any of your questions and help provide the exact band to suit your needs.  She has extensive knowledge of the New Orleans area and over twenty years of experience in all types of event planning. She is waiting to promptly return your communications. 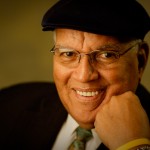 Joe Simon, April 22, 1934 – September 12, 2015
With a career spanning over a half century, bassist, vocalist, & bandleader Joe Simon spread the gospel of traditional New Orleans music. Beginning in the 1950’s as a Rhythm and Blues sideman at the legendary “Dew Drop Inn”, Simon’s career took him to Bourbon Street clubs, where he played throughout the 1960’s along-side stars of New Orleans’ jazz era. Soon after this eventful decade, Joe founded his own band, Joe Simon’s Jazz. They’ve been pleasing crowds at special events, festivals, jazz brunches, and family celebrations for almost 50 years. Generations of New Orleanians have enjoyed and grown up with Joe’s music, and countless visitors have taken his sounds back home. When Joe retired in 2014, he passed his business to his longtime friends and collaborators: Vic Shepherd, Chuck Brackman and Beth Buscher.

We look forward to speaking with you.